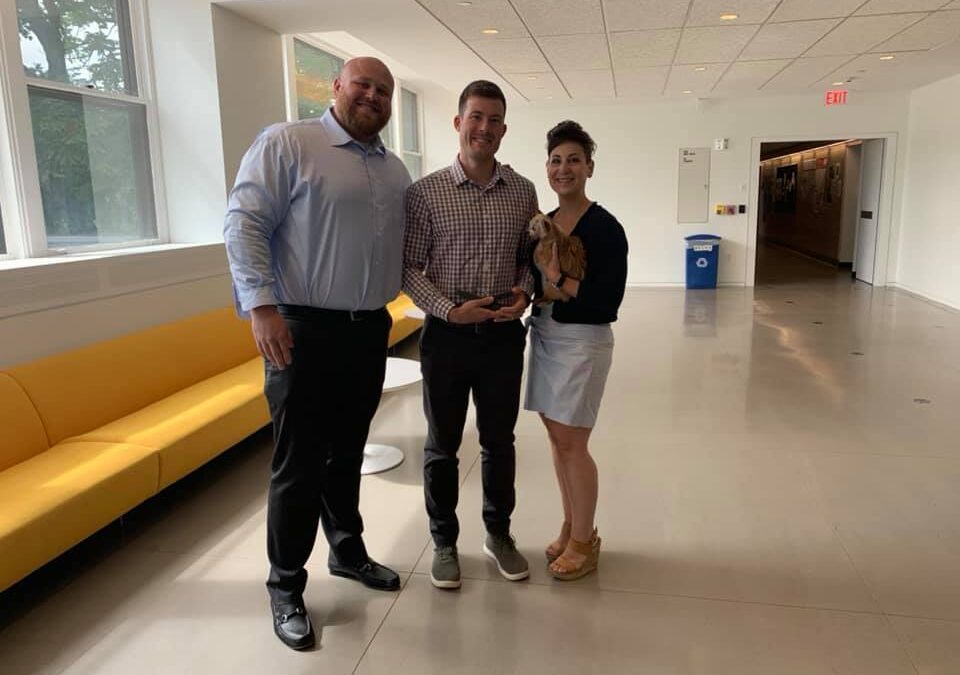 What an absolutely wonderful day at the Cornell University College of Veterinary Medicine. Mabel got to attend their staff appreciation and award ceremony where she presented the new Dr. Baum Award for Compassion to her life saving surgeon Dr. Baum.

We are thrilled that we were able to start this award in his name in honor of Mabel, it will be given out each year along with $2500 (from Mom and Dad, not the Project) towards tuition/boards etc. Here was Moms speech:

“I’m super emotional about this so forgive me but I will try to explain to you what this means to us.

Try to imagine sitting at home with 18 dogs while your 19th is on the road here, to the hospital, mid way there a frantic call comes in that she’s not breathing and her tongue is purple.

Screams between husband and wife ensue, prayers, direction, words of calming and somehow Chris was able to give her mouth to trach and her airway is cleared and she’s breathing, though not well, on her own again.

They make their way to the nearest vet and there they stay. Unable to leave oxygen, unable to secure her airway, unable to get to the people who can help her and at home after trying to unsuccessfully secure oxygen to drive out to her for the rest of the trip, I felt myself let go of her, I forced myself to come to terms with the fact that not only would she not be coming home, but the last time I saw her, was in fact, the last time I would ever see her.

For a mother, whether of a dog or a human, that reality is earth shattering and even now to talk about it, just shakes my soul.

On the next call I thought it would be to say we had lost her, that Chris had held her and told her how much we loved her and that though she was fierce, she was so special to us through these last 3 years.

But the information I received when I picked up the phone wasn’t that at all. It was that Dr. Baum was on his way to the hospital, on a Friday night, an hour and a half away and he wasn’t coming alone, nope.

He was bringing dr Hayes with him and an oxygen tank and they were going to place a temporary trach and take her back to Cornell. Did I cry? Yes. Because I knew Mabel had been saved, I hadn’t asked for a miracle but we had received one and because I was going to miss meeting these two incredible humans.

Dr. Baum, by taking that giant leap of faith, you restored our own faith in humans because in rescue, like in veterinary medicine, we see some pretty awful stuff.

You’ve also created a path of compassion that others will walk down, you’ve paved the way to say that even if it doesn’t work out, you tried and at the end of the day, you can sleep at night because you gave it all you had.

Compassion is a verb, it doesn’t always sit quietly in the corner, it’s fast moving and hard hitting. Thank you will never be enough, that’s why you will be constantly plagued by emails updates and care packages from Mabel.” 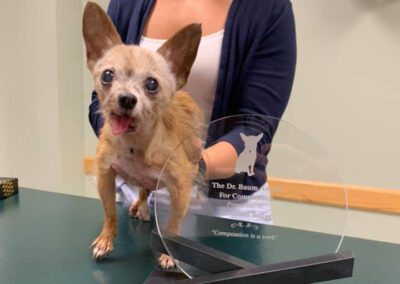 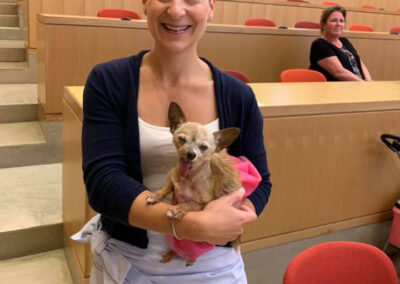 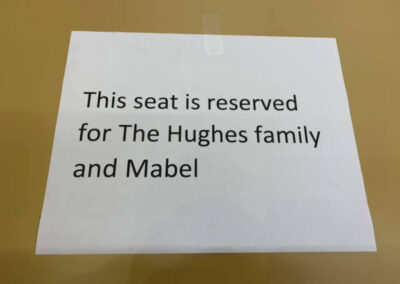 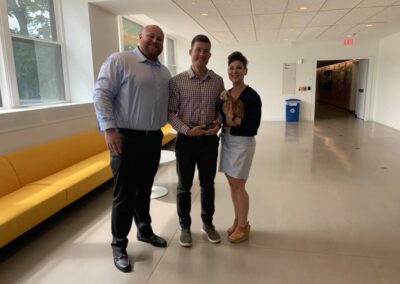